Porterhouse and T-bone are examples of steaks that feature a wide range of textures and flavors. That's why they are among the beloved by steak eaters. It is safe to say that they are simply a poetry of flavor on the plate. Which is not to say that they are easy to prepare. They pose quite a challenge even for experienced grilling enthusiasts. Precisely because they consist of two completely different muscles: striploin on one side and tenderloin on the other side of the bone. Preparation times are different for the two muscles, with the tenderloin being much more tender than the striploin.  So, as far as possible, "equal" preparation of the whole takes some skill. However, for proper preparation, these steaks will more than repay you with exquisite taste. 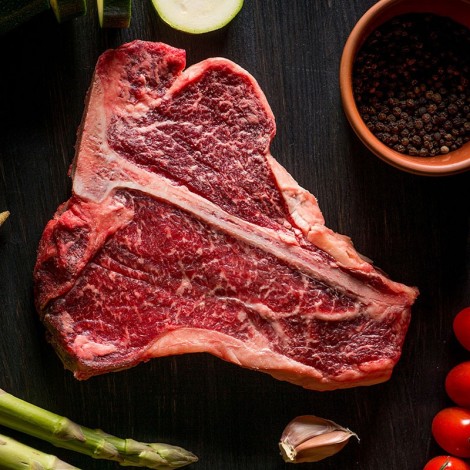 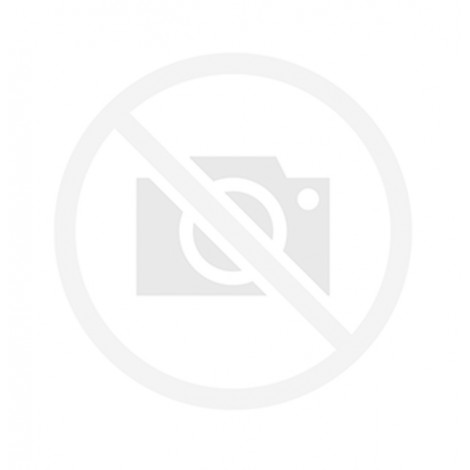 This Polish beef Porterhouse is cut from the highest quality beef carcasees from the best Polish breeders. Porterhouse carries two of the best steak eating experiences in one. It consists of the tenderness of... 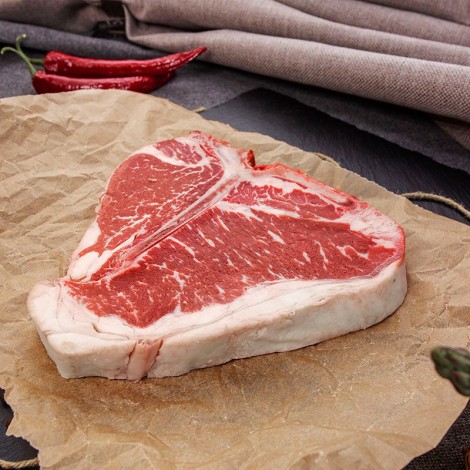 Porterhouse can go by many names. Bistecca alla Fiorentina, date steak, steak for two and many others. Whatever you call it, the steak we offer is simply absolutely spectacular. American Porterhouse Black Angus steak... 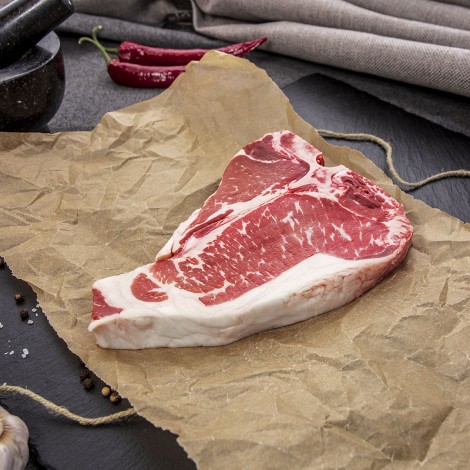 What part T-bone and Porterhouse come from

Porterhouse and T-bone steak are cut from the middle part of the carcass back (part known as the shortloin). It has a distinctive T-shaped bone that divides it into two parts. On one side of the bone is the melt-in-your-mouth tenderloin, considered the most tender of all carcass parts. On the other side, meanwhile, is the striploin. The combination of these two eminently tasty and yet so different, in terms of meat texture, elements gives this steak its legendary fame.

What is the history of these steaks

The origin of these steaks can be considered quite controversial, as cities such as New York, London and Boston were the first to become famous for serving them. However, they were served differently in each city. The differences were not even the preparation itself, but the way the shortloin was cut. Portions in each of the aforementioned cities were much larger than they are today, and posed quite a challenge for guests of the restaurants of the time. As for Porterhouse, one theory is that the name originated back in the early days of the Industrial Revolution (18th century), when the "Porter house" was a well-known establishment in England, serving steaks and dark porter beer. The name T-bone, on the other hand, is said to have originated around 1814 on Pearl Street in Manhattan, where large T-bone steaks were served. However, regardless of whether these theo ries are true, we give a nod to the originators for gifting future generations with such an excellent taste.

What is the difference between T-bone and Porterhouse

Porterhouse is a steak very similar to T-bone in that it is a combination of two and the same muscles (striploin and tenderloin). However, the former, as it is cut from the shortloin where the eye of the tenderloin in cross-section is the largest, contains much more of this valuable element. This also makes it larger, heavier and more expensive.  Even two people can eat it.

How to cook them

There is nothing better than a high-quality, professionally aged and perfectly prepared Porterhouse or T-bone steak. You can easily find such a steak in the offer of our store, and when it comes to the method of preparation, we recommend recipes from our blog. Generally, we should aim for medium rare. It's not that easy, because grilling or frying bone-in items requires some experience. The place next to the bone makes it difficult for the heat to pass evenly in the muscle. However, if we succeed, we will get a real culinary work of art. To cook a steak well at home, we need two things: a lot of power and a lot of heat. Remember that if it is too rare, you can always subject it to a longer thermal treatment (e.g. finish grilling or frying in the oven), but pay special attention not to overcook the meat. Also take into account that the temperature in the meat can increase even during rest (hot juices work inside all the time), in the case of larger pieces it can mean that the temperature after taking it out of the oven will increase to 10-15C.

Delivery nationwide Express, nationwide delivery up to 24 hours after shipment.

Maintaining the cooling chainWe guarantee to maintain the right temperatur during delivery.

Expert assistance Constant support from the specialists of the Customer Service Department.

Quality and experience More than 20 years of experience in premium meat distribution.